Who needs ham when you can have lobster?

Easter usually means: brunch – eggs – loads of candy shaped like eggs – hot cross buns – and my least favorite meat ever – HAM! Is this why I don’t like easter? Perhaps.  It’s strange – when I was younger, E.T. was like one of my favorite movies, and the scene in it where E.T. gets sick at the end and his skin gets all discolored – well, the color of his skin in that scene reminds me of ham.  So sick E.T = never likin’ ham – ever. 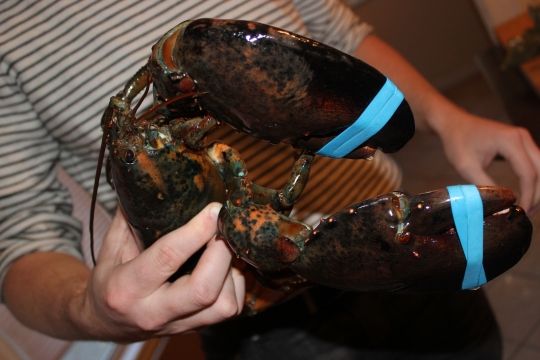 Dave likes ham, but luckily, understands my traumatization as a young child and made a wonderful suggestion on Friday night to screw the ham – screw the Friday night pizza – it’s easter weekend and a delicious meal is in order – so we made LOBSTER!  Dave got a 3- pounder and man was this thing big.  I always have a sense of pity for these Lobsters.  Not only were they yanked from their sweet life in the ocean and placed in a tank in the middle of a grocery store, for everyone to walk by and stare at them, tappin’ on the outside of their house, disturbing their peace, and then finally the day comes when they get to go home with someone.  But unlike a dog, they know that in only about 24 hours, they’ll meet a hot and steamy death.

I think most people know how to make Lobster, but just in case, here it is:

1 lemon, cut in half

1)  In a large pot (preferably a lobster pot) fill 3/4 of the way full with water.  Add a generous amount of salt, the juice of one lemon, then the lemon halves themselves and 2 bay leaves.

2)  When the water is at a rolling boil, place the lobster in the pot and put the cover on.  Boil the appropriate time, according to the size of your lobster (10 minutes for the 1st pound and 3 minutes for every additional pound) 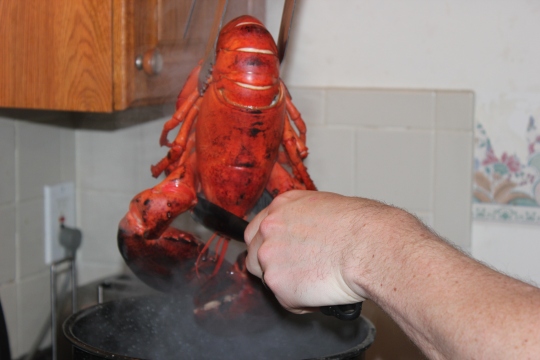 And a Lobster dinner isn’t complete without some sort of delicious starch and corn on the cob.

The delicious starch this night was twice baked cheddar garlic potatoes.  Dave and I had these at our wedding, and I figured there was no reason why I couldn’t recreate this masterpiece.  And I have to say, not to toot my own horn, I think that these were actually even better than the ones at the wedding.  So tasty! Not the healthiest side on the planet, but hey it’s Easter – I mean Jesus rose from the dead! That calls for some serious side dish action.

3 – 4 slices of thinly sliced cheddar cheese (or if you don’t have sliced cheese, 1/4 cup of shredded should do it)

Salt and Pepper to taste

1) Bake the potatoes in the oven at 425 degrees for about an hour, until the skin is crunchy on the outside.

2) While the potatoes are baking, steam the 2 garlic cloves in a sauce pan of boiling water until they become soft and mashable  (about 10-15 minutes)

3) Take the potatoes out of the oven and let cool for a couple minutes.  After the potatoes have cooled, slice down the middle and shell out the inside of the potato and place in a mixing bowl  (to keep the potato skins stiff, place them back in the oven while you’re making the mixture) 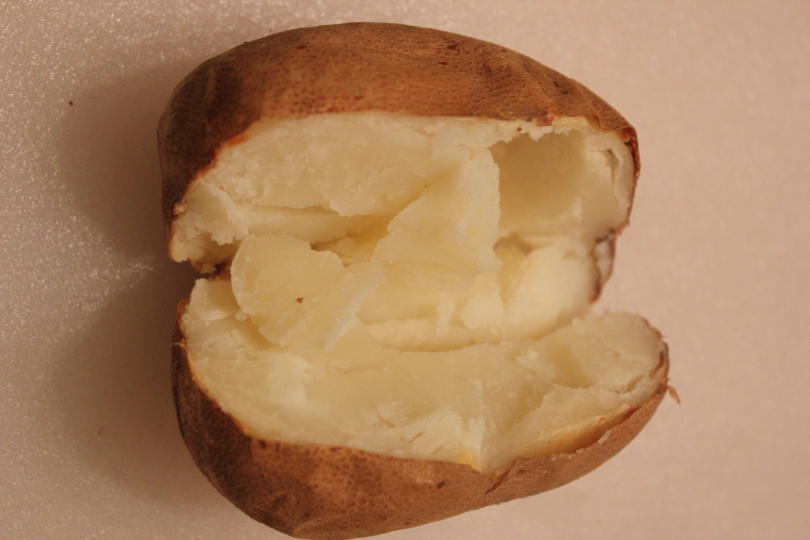 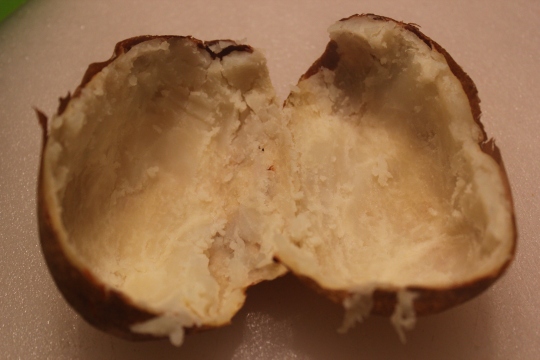 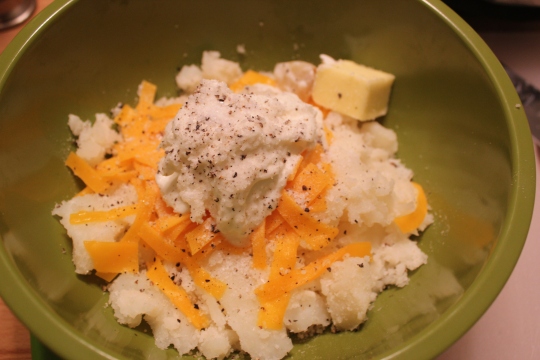 5) Take skins out of the oven and stuff them with the potato mixture.  Add another slice of cheddar cheese to the top of the potato. 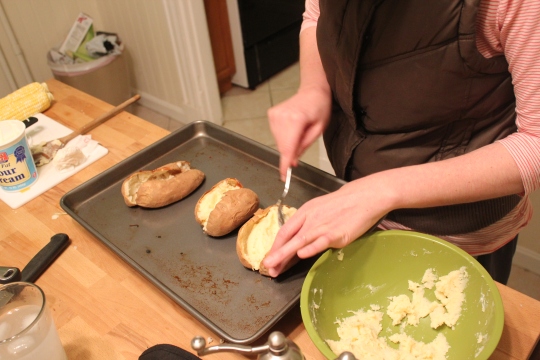 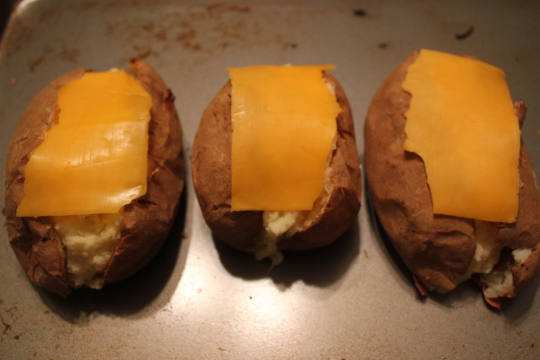 6) Place back in the oven for 10-15 minutes, until the cheese on the top is melted and bubbly (you can even throw them in the broiler to brown them). 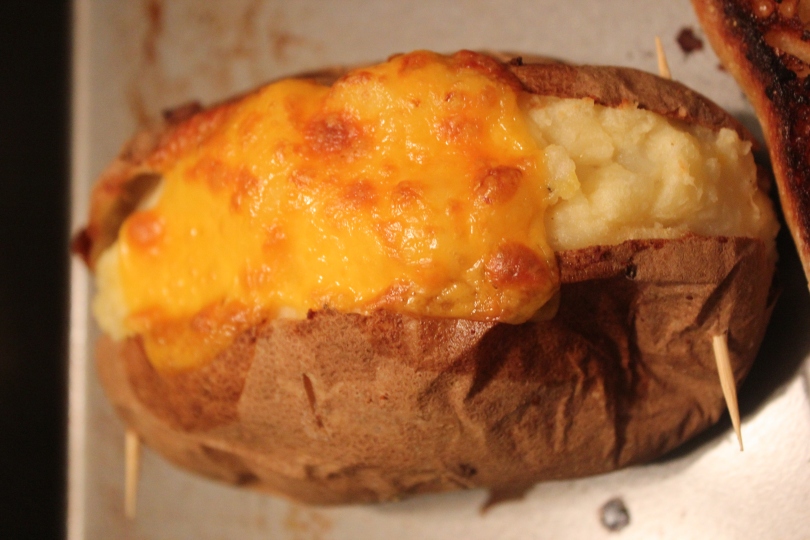 And there you have it –  a delicious New England classic to celebrate Easter, that does not involve sick-alien colored meat 🙂