….or into my belly

When I first saw these, I thought “OMG – these are WAY too cute to actually eat” – but I got over that real fast 🙂

2) Line your baking sheets with parchment paper or spray a baking sheet with non-stick cooking spray.

3) In a standing mixer, cream butter and sugar together then add egg and vanilla & mix until combined.

4) Mix your dry ingredients together.

5) On low speed add 1/3 of your dry mix, then 1/3 of your buttermilk…continue adding in this order until all your dry ingredients and milk are mixed in and smooth.

6) Now add your food coloring.  You can use the Orange gel type, or I just used the red and yellow from the little 4 pack you can buy at the grocery store, alternating between the 2 until I got the right color (or until I ran out of yellow haha).

7) Mix on low to combine the food coloring, scraping the sides until color is even.

8) Place about 2 tbsp. of batter onto your baking sheets, about 2 inches apart.  If you want them to really look pumpkinesque, you can place the batter in a ziplock or piping bag and pipe the  batter onto the sheet in a fat heart shape.

9) Bake for approx 6-8minutes until they are set and spongy to the touch.  Let cool on baking sheet for 2 minutes and then transfer to a wire rack to finish cooling.

10) In the mean time, prepare your cream cheese filling by creaming together your butter and cream cheese until smooth. On low speed, add in your vanilla and powdered sugar.  Turn speed up to medium until combined, scraping sides of bowl when necessary.

11) Place about 1-2 tbsp. of filling on one side of the pie.  Break off a a piece of a mini pretzel and place it in the frosting at the top to make your ‘stem’.  Cover with the other half and pipe your ‘leaves’ onto the pie with green frosting.

I have  a confession to make, that I actually make an oops when making these and added 2 sticks of butter vs. the 1 that was called for in the pie batter.  I realized it when they came out of the oven without that puffy, cakey look that whoopie pies have.  But, after several samples, I discovered that they were still pretty damn good! They took on more of a dense ‘cookie’ texture than the cake-like texture of a standard whoopie pie.

Regardless, this may be my favorite fall recipe yet! Go get your pumpkin on!

Dave and I are alike in a lot of ways, but there is one thing that I will never understand about him – he’s not a sweets person.  He doesn’t need a bite of chocolate or a cookie after finishing dinner – he doesn’t walk past a bakery salivating – when we go out for ice cream, he settles on a frappe or a milkshake instead of a hot fudge sundae.  He’s lucky I still married him 🙂

I on the other hand live for dessert – something salty needs to be followed by something sweet – usually chocolate – I like sampling sweets but moreso baking them.  My only problem is that I need to get them out of the house immediately – or if it stays in the house, I have sometimes been known to do something drastic like drizzle dishwashing soap on it so that I will stop eating it (I’ve even been known to pull a Miranda on Sex and the City, and pull a dessert out of the trash – Dave caught me once – it was on the top though I swear!)

One of my most favorite desserts is a whoopie pie.  I come from a long line of whoopie pie makers – my grandmothers whoopie pies are world famous (well, in my world they are).  It wasn’t a holiday if Grammy Murphy’s whoopie pies weren’t one of the 50 desserts on the table (our family is known for having more desserts than regular food at most holiday gatherings – which I have no problem with!)

And when my friend Ashley got me a cookbook dedicated solely to whoopie pie recipes, AND  a special baking sheet to aid in making perfectly shaped whoopie pies, well I just knew immediately what I’d be trying out for Easter dessert.  I wanted to pay homage to the amaaazing’ness that is a whoopie pie from grammy’s kitchen, but with a twist.

Whoopie Pies by Sarah Billingsley and Amy Treadwell – Thanks Ladies! My whoopie pie fetish will continue!

2 cups of all purpose flour 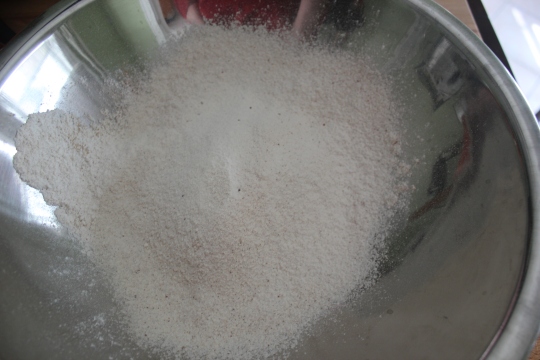 3) In the bowl of a stand mixer, beat together butter and both sugars until light and creamy. 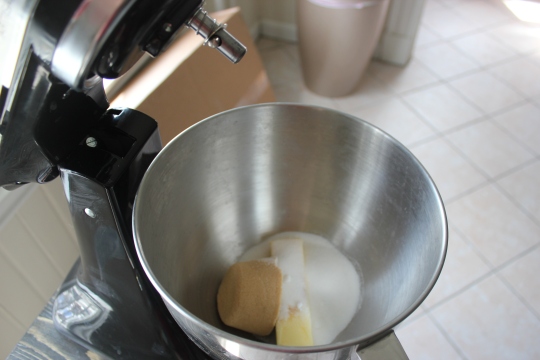 4) Then add the eggs and vanilla and beat until combined (a taste test at this point is HIGHLY recommended :))

5) Mix the flour mixture in until just combined – then add carrots and rasins. 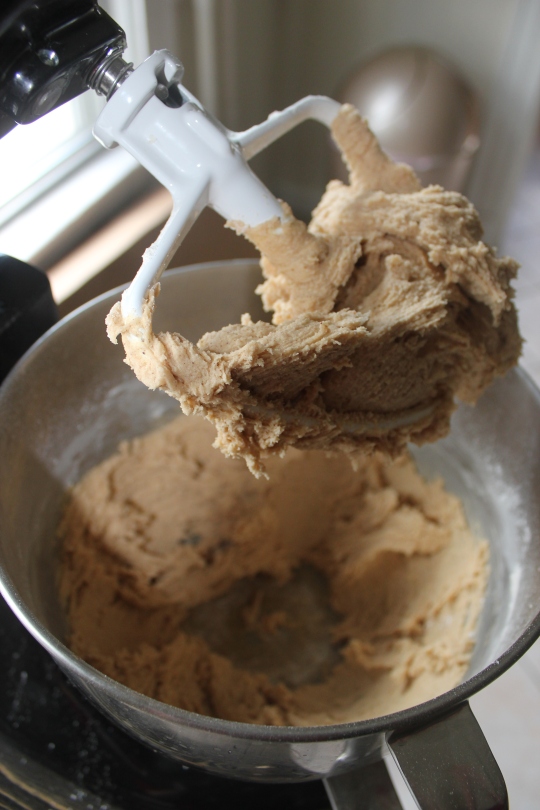 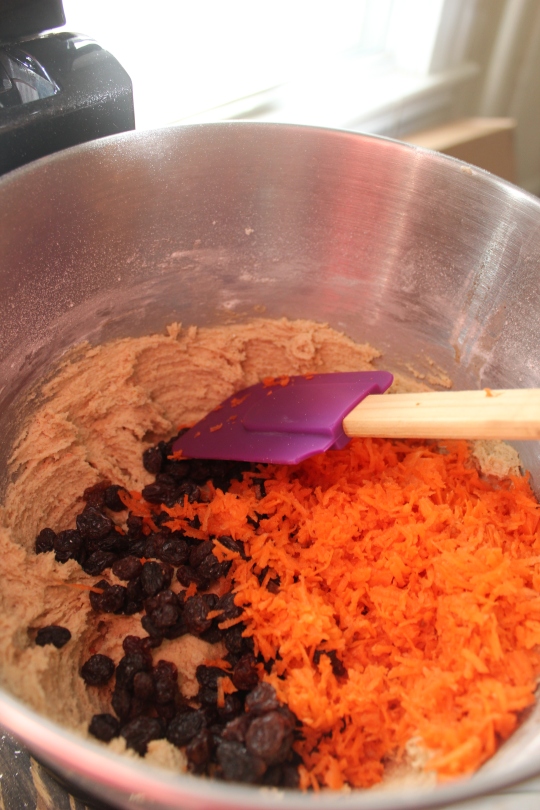 6) Chill batter for at least an hour.

7) Drop balls of dough (about 2 tbsp’s) onto a prepared baking sheet with parchment paper.

8) Bake for 18-20 minutes, or until  cakes spring back when pressed lightly.

9) Remove and let cakes cool on sheet for 5 minutes before transferring to a cooling rack.

1) With an electric mixer, beat together cream cheese and butter on medium speed.

2) Add sugar and beat on low until combined.

4) Beat until creamy and smooth – about 4 minutes.

Slap some delicious cream cheese between those delicious carrot cakes and BAM – carrot cake whoopie pies – you won’t be sorry you made them! Even Dave, who prides himself on ‘not really being that into sweets’ grabbed one of these bad boys and enjoyed every last morsel.  He even said ‘Yeah those are pretty good’ which to me is a rave review coming from a non-sweet eater! 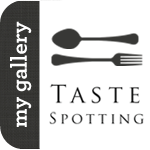